Last night Wendy and I received the VIP treatment from NASA. At 8:04p last night we watched an Atlas V Heavy liftoff a communication satellite needed by the troops in the middle east. Just a few miles away from Pad 41 we stood in awe from the Saturn V building near Pad 39 as this beast rumbled, stuttered and then punch a hole in the sky. I must admit is was sort of strange to be dining al fresco as guest of NASA and being totally humbled by this night time lightshow.

Humbled is a keyword when the black sky lit up like daylight, the earth shook and the deep rumbling sound came like a wave. Standing in the photographers zone with tripod placed was interesting to say the least. My nikon set to timelapse and videocam at the ready, the times of silence between chattering with other photographers, just a few thoughts pass the mind about what a scientific achievement we as human-kind has made in the 50 years since this manned rocket stuff started. It is more than humbling. Last night it made me think about what it would be like if our society was based on being able to do things versus why we can’t do things.

A friend said to me that enlightenment is not having a point of view or opinion. Somehow last night my evening started with a human collective who, by their own choice, were standing in the dark waiting for the worlds largest birthday candle to light. Everyone, I mean everyone, had a positive intention for the success of the rocket. Not just because the payload was a rush job to help the troops, but just because it was another attempt at exploration…another way of being curious through trial and error.

It is always difficult to express the things that come into your head when you are experiencing things that absolutely must be experience in the moment. The book Guardian of Beings by Eckhart Tolle may be about dogs, but it is most certainly a lesson for humans. Clearly last nights launch and all the others we have seen in the last month must be experienced to be understood.  There is no substitute for being there!

Often, it is the combination of experiences that come in rapid succession that bring things into focus more clearly and vividly. So is true of last evening.

Working in the shadows of rockets to develop a new revolutionary skin care product, you quickly realize that NASA is not about tossing things in the air with rockets. That is the visceral outward trapping of what they do. Spend a few moments on the NASA Spin-off website and you quickly realize that NASA is about possibilities and curiosity. I think with the emphasis on curiosity.

Imagine a collective group of thousands of people whose mantra is “CAN.” It takes me back to the 80’s in Silicon Valley where the collective was too dumb to understand the word can’t. It was the worlds largest sandbox for engineers and has pretty much remained the same only punctuated with downturns when Wall St. injects itself through a giant influx of can’t. The same happened to NASA a few years back when the political decision was made to defund NASA. What the pundits did not expect was that the private sector like Elon Musk and his SpaceX project would grab the reigns and help to rebuild NASA without the government.

Like Silicon Valley learned, run fast and the can’t people can’t keep up.   The scientific principle is simple. CAN people are lighter, faster and nimbler than can’t people. As we learned last night, Google’s crazy boys, Brin and Page, are on board by investing 1 $Billion in SpaceX to toss up a bunch of satellites for the next generation internet. To me, that falls into the biggest CAN endorsement one can imagine.

I mentioned that, for me, it is often a bunch of events in rapid succession that sort of propels me forward as if through a worm-hole.

Normally, I awake at about 5am, have a cup of coffee from my favorite Seattle roaster and read mostly scientific shit on Flipboard on my iPad. This morning, it was a 8 am wakeup because it was a late night.   So, this morning was a half-cup of coffee before Jasper was lobbying for his walk. This morning, Wendy and I were out walking Jasper and talking about last nights experiences much later than usual.

Invariably, my thoughts were profound. I wondered, watching Jasper poop along the side of the road whether he, with his in the moment life or me carrying the bag of poop, was the superior being. It is funny what triggers things that sometimes propel you forward. ;-]]]

So here I am with a late start in the day deciding to sit down and write my experiences and feelings in hopefully an enlightened way.

Last night was late partially because of the night launch and the transit back from Cape Canaveral. In truth, it was Carlos Santana’s fault for the late night.

We arrived back to the coach, walked Jasper and turned on NASA TV to see if we could watch the close-up shots of the launch. NASA TV is boring even for geeks, but is a network all about possibilities…CAN.   Just as we were getting ready for bed, we spotted a series we record called the “Big Interview.”   This evening, it was Carlos Santana at the House of Blues in Las Vegas.   We had seen his concert there last year and his live persona was so intriguing then that we wanted to watch the interview with him by Dan Rather.

Carlos is out there! He is at the bleeding edge of woo woo. If it was not for the experience of the rocket launch surrounded by a bunch of CAN people full of positive intention, I would have missed the message. Sometimes Wendy and I get the same message at the same time. During this mornings walk, I realized that last night was yet another defining moment for us and a new direction for our lives.

Again, in the perspective of the entire evenings events, what Carlos said probably was more of a key to a lock in a door that we have been standing in front of for the last few months. As I write, we have only turned the key enough to know it is the right key that will open the lock. Opening the door is the next project and for those who have read our books, Defining Moments I and II, you know that we will not be slowly opening that door. Moreover, we will probably blast through it with guns blazing.

I do not suppose that you will get the same messages from Carlos, but I do suggest watching the show if you can find it.

What Carlos said, which stopped us cold, was his perception of certain people who are curious, authentic and are full of gratitude. His quote, “There are two types of people; those who are artists and those that are con-artists.” There is much more to this interview, but both Wendy and I turned this quote into a reinforcement of our NASA launch experiences, developing some new revolutionary products and trying to be in the moment in our lives.   This was a profound evening.

So, imagine if the meaning of life was to focus only on those things that were artistic.  Things that CAN add to in your life. To shed, ignore and off all those people who are con-artists.  What if you could live your life with no opinion and no point of view. Only expressing through actions what propels you forward. What if true happiness is as simple as only having to look forward to something.

So, lets see what is on the other side of this door for us. It will be more defining moments for sure. We know it will be a wormhole for us.

Not everyone can experience what we did that stacked our deck of profound experiences. I do know that if you embrace your intuition about people you can experience the same thing and it will have a profound shift on your life if you let it.

Looking forward to something is happiness for us. And the brand of coffee we drink every morning is the “Meaning of Life,” by Cafe D’Arte in Seattle. Thanks Traci for the intro.

Yes, we are still crazy after all these years.

Below is a video of the launch.  Sorry for the shakes!  Hand holding a video camera with a 500mm lens is not easy at night.  The clicking sound is my Nikon on the tripod shooting the timelapse in the animation above.  The voices are the people and children that, for some reason, wanted to crowd the photographers zone.  As you will also quickly note, there is a 12 second delay in the audio.  (Note: if you are trying to view the video on a iPhone of iPad there is a MP4 video at the bottom of the page)

Below are some of the stills 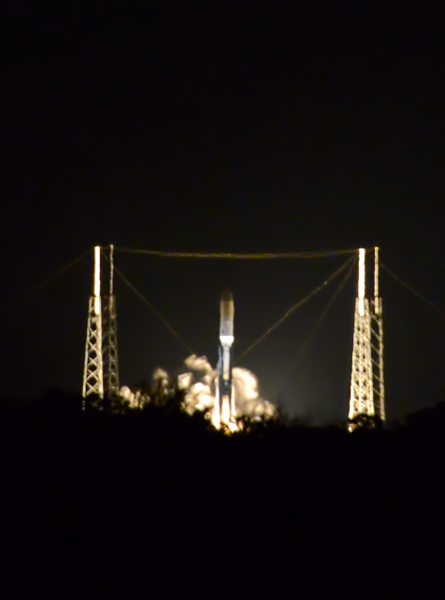 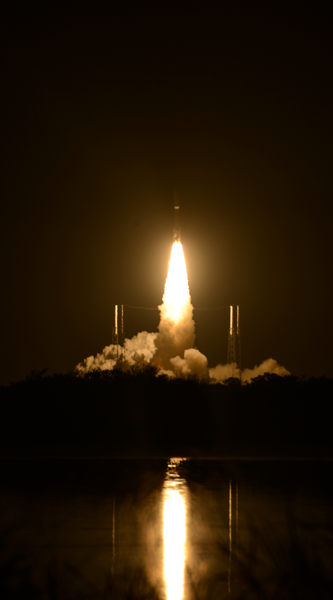 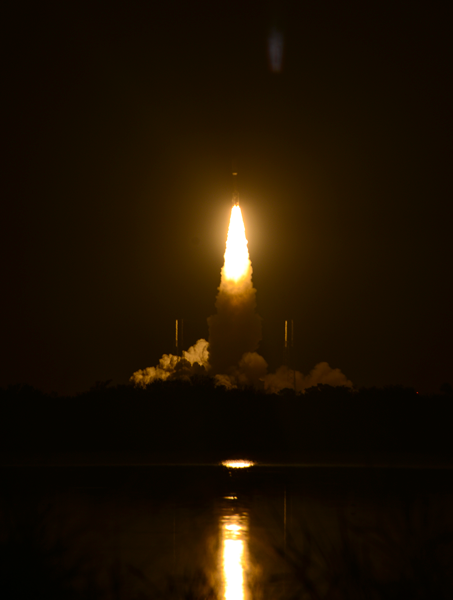