Chill Travelers – HDR Photography  A new look to our images.

In the pursuit of our SeeLevel business travels, we stop frequently to view events, nature and things just plain worth seeing.  Many of them are nearly impossible to put in perspective and capture.

Many months ago, we decided to create this blog as a sort of “next book” in this electronic form.  It is to be words, sounds, feeling, music and especially images.  We are attempting to create a new multimedia experience that will more deeply bring the experiences we have to you.

The addition of our KORG gives us the ability to add music to our experiences.  Everywhere we travel, each location gives us a feeling and distinct sounds that, on occasion, we will set to music.

For us, the dilemma has been how to capture some images of what we see.  Traditional photography just does not capture the feeling and lighting range that the eye can see.

A while ago, Bob attended a photographic seminar taught by our now friend, Ben Willmore (http://www.thebestofben.com/)  One of the skills Ben taught was a technique called HDR or High Dynamic Range photography.  The technique was elusive to us because it requires a very high end digital camera.  Even though we travel with a pretty high end Nikon, it was not sufficient enough in resolution or features.  Just as a side note about Ben, he also travels the country in his motor coach and aspires to customize and old Flixible 1950’s bus and tow a 1957 Chevy Nomad as he shoots and teaches his way across country.

Fast forward, Bob asked our friend Tina Carlson , a pro shooter, near LA what camera we should buy next.  Coincidentally, Tina had just upgraded to one of the latest Nikon’s and had the top of the line body called the Nikon D2X for sale.  This camera body is one generation back from state-of-the-art for pro photographers and had all that is needed, and more, to do HDR.  We met Tina in Reno and completed the transaction.

So What is HDR?

The easiest way to describe HDR is that instead of one shot per picture, we take 5, 7 or 9 images fire in rapid succession.  Each time the camera fires, it adjusts itself by one f-stop larger and smaller.  The first shot is what the camera thinks is the best exposure and the it fires additional shots going darker and then lighter.  Then, we come back to the coach with 9 shots of each picture and use software to merge them blending the contrast and exposure to create an even image that has a huge range of color and spectrum of exposure.

This technique nearly duplicates the eye’s ability in a still image.  Beyond, it affords the ability to capture more of the feeling of situations in low light levels as well as artistic creations.

Well, if indeed a picture is worth 1000 words then HDR is a picture with 1000 emotions.  For example, here is a very simple image of a wagon taken at the KOA campground where we are staying in Cortez Colorado near Mesa Verde National Park. 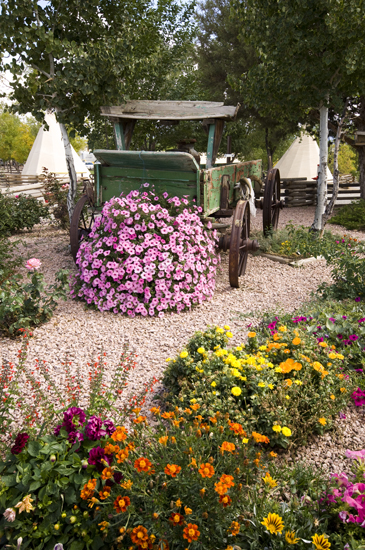 The first image is a single shot exposed normally.  As you can see, there is a nice tonal range, but the dark areas are really dark and the white areas are really white.  If you look carefully, you will see that the Tee-Pee’s are too white, the edges of the stones are too white and the petals of the flowers have strong white edges.  Generally speaking the image is too contrasty because it was shot in strong mid-day light.  The edges of the wagon where the paint has been worn glare out as well 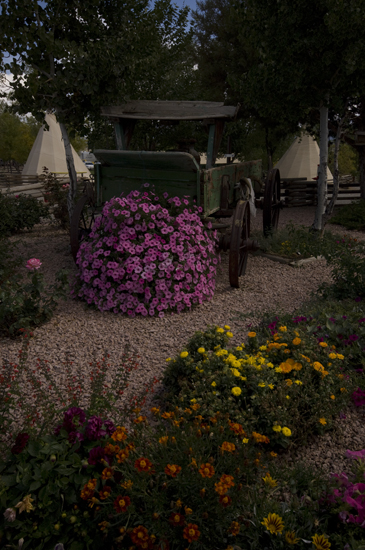 If then we expose for the lighter areas See right), the dark gets really dark.  Notice here how dark everything is in general.  If you look carefully though, you will notice that the Tee-Pee’s are now their natural color.  That white edge on the wagon has detail and the areas on the petals that appeared white are now their real color and shade.  The rocks in the foreground are almost perfectly exposed.  But now, the entire image is super contrasty and looks almost like it was shot at night. 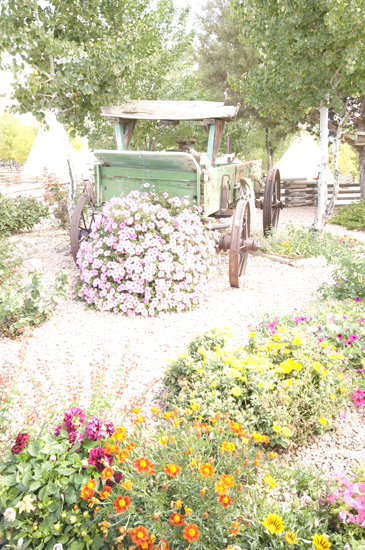 If we expose for the dark, then the white areas blow out as well as the mid-range colors.  Yes, this image is washed out, but take notice of all the dark areas.  They now have proper tone, shading and color.  Some of the very dark areas under the flowers are now perfectly exposed and the milk cans in the wagon become visible and with proper shading as well as their true color.  Even the dark area under the shade roof on the wagon now has detail and shading. 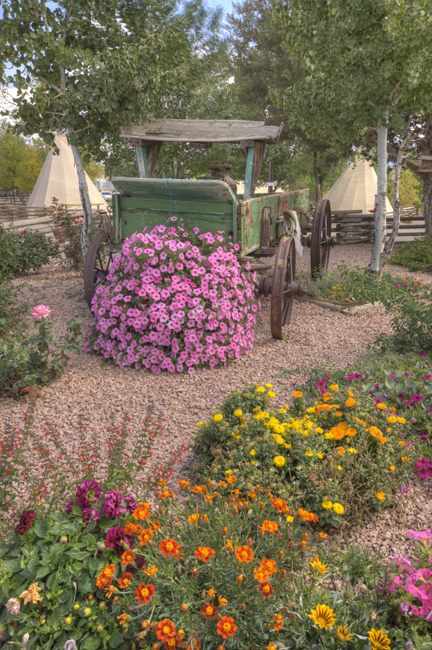 This image is the combination of 9 different exposures of the same picture.  We use a HDR software to combine all 9 images into one and then use a technique called Tone Mapping to smooth out all the contrast, exposure and color ranges.  Look now at all the places that were dark in the first exposure and all of the areas that were light.  Subtly, they have been merged into a smooth image where all of the exposures are even, dark areas have shading detail and texture.  Notice that the light areas also have all of the details, tonality and color.  Look carefully at every detail of this image and you will note an almost artistic effect where evrything is properly exposed.  This does not happen in real life, but does more closely resemble how the eye sees.  When we focus on a dark area, we see the details, tone and expression.  The same thing happens when we look at bright areas.  Then our brain maps the image into a continuous tone similar to the way artists create painting where everything is in proper exposure, tone and color dimension 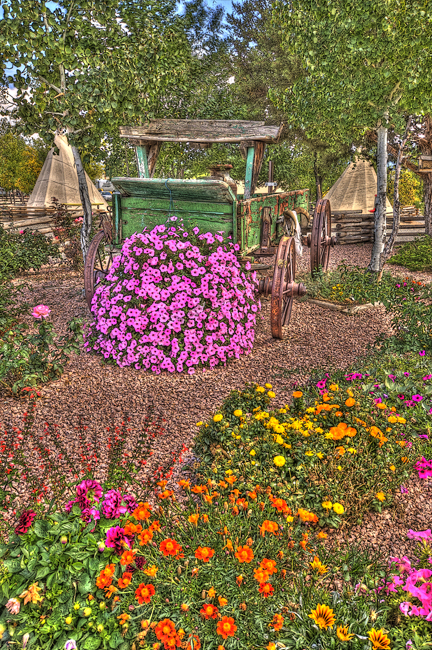 Now for the art of it!  We can take the same HDR raw image and amp it up with the tone map to create a vivid artistic look.  Here we have taken what oil painting artists have done for centuries and even out all the shades of light to create an artistic style image with bright colors, strong contrasts, outlines around elements and illusions of brush strokes.  This image literally took a matter of five minutes to create from the enhanced HDR image.  To do this using a software program like Photoshop would have taken hours.

Why tell this story?

Well, first, we are excited to have this new ability and we wanted to share with you how all the images that we will shoot from now on are created.  Not just snaps, but complex creations to bring more reality to our images.  Also, as we said before, we want you to more closely experience what we do.  Lastly, it is to honor the work of our friends, Ben Willmore and Tina Carlson who are both great photographers and equally great teachers.  Our stories stand on their shoulders.