AI – The Snake is Already Loose

So many people ask me about AI with emotions  that range from curiosity to terror.  I decided to write about AI in a shorthand version.

Assuming we are not living in a computer simulation…which we probably are! Assuming we are not an alien civilizations DNA experiment…plausible.  What we are confronted with is the extinction of humans based on the dramatic logarithmic expansion of general artificial intelligence commonly known as GAI or AI. 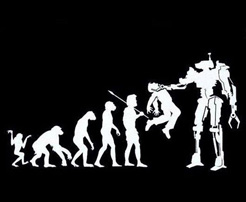 Prediction:  The population of the human race will begin to decline within 100 years.  There will be less than 500 million humans in 1000 years.  Humans may go extinct in 10,000 years if we do not become interplanetary explorers.  Really!

In the early 1990’s, I was involved with 200 channel neural network software that hunted for Russian submarine (ASW) activity based on what was missing, not what was there.  Meaning that masking or stealth technology would hide an underwater signature of a submarine or autonomous vehicle.  So, the software was trained to look for the absence of things like wake or dead silence as opposed to the movie version of Hunt for Red October where a sonar operator would notice the absence of sound pings.  Okay, this was Anti Submarine warfare (ASW) in 1990.  Quick fact check, that was 28 years ago.  28!

Lots of noise today about AI. 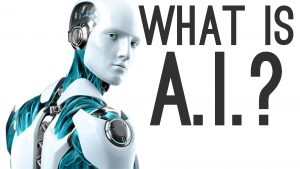 In 2000, I was asked to talk about nanobots and micro machine drones that would fly in swarms using mesh networks.…aka AI  I did a very long presentation to Pentagon types and the NSA at L3 outside of Washington DC.  Lots laughed and a few Generals pull me aside to ask how?  Imagine a Global Hawk the size of a hummingbird as thousands checked out bad guys movements and habits.  Not a stretch to figure out how to use AI to monitor remote surveillance cameras for patterns.

The Human Brain Works in Patterns.

Neural Networks were not looked at as if they were mirroring the brain.  Marvin Minsky from MIT had some theories and his book Society of Mind (1986) which perplexed many.  I knew Marvin…well, I met him.  Even Ray Kurzweil, as a protege of Marvin, probably would not say he knew him.  Out there would be a great definition of Marvin.  Minsky believed that computers would exceed human capabilities right about now and he was right.  If you totally want to unscrew your brain, by a copy.

We see something, hear something an we deduce a pattern based on our experience.  I really don’t give a crap about brain theory, all animals notice things that change and often forget about things that stay the same.  Patterns!  AI used to be about Expert Systems that we trained.  Teach that robot to paint a car and then they can paint tens of thousand until they are retrained for a new model.   That is not AI and not even close to what AI is now and what it can be.

We are Already AI Dependent.

If you do not own a smartphone, pad or smart watch you need not read on.  In todays society you are a Muggle, so live with it.  You have no Magic.  AI is not a maybe, it is and it is now!

Yes, our smartphones are input devices of the AI engines at Google, Facebook and about a thousand other sites that predict and plan on things that will influence us based on your patterns and habits.  They can do that at MIPS rates (Millions of Instructions Sets Per Second)  easy peasy. There are some really badass computer algorithms that tell Apple what products we need before we know we need them.  Really!

I truly believe that I will see Transhumanism in my lifetime.  Meaning we will be able to download our conscientiousness into a computer.  Immortality or a curse, it is fascinating and plausible.   Certainly within 100 years.  Technology is no longer linear and we will learn things and make discoveries faster than ever before.  Non-Linear!

I will try to synopsize deep learning.  My suggestion is that you watch this video about Google’s Deep Mind project.  It is how their neural net taught it self the ancient Chinese game Go.  Not only did AlphaGo beat the worlds top GO player, but it taught itself to do that overnight.

So here is the simplest way that I can present why AI…the snake… is already loose and were not going to get him back in the box.  When expert systems were the rage, we taught them repetitive tasks as I described above.  Now the machines are learning by them selves at unbelievable speeds and depths that no human could ever fathoms.

In China, a deep learning AI system watches on the millions of cameras and issues tickets to people based on facial recognition when they Jaywalk.  The Pentagon and DARPA are seeking DNA based targeting systems for AI directed weapons.  Facial recognition is already used by assassin drones.  Enough said?

Contrast, many professions like health and law fight to keep AI out.  I recently had to have a crown put on a tooth.  The process was the same as one I had done 45 years ago.  They take impression, grind away, take more impressions and send the moulds off to a lab for weeks while making me wear a temporary that will not hold up to a deep dish pizza.  This is an entire article unto itself, but the point here is if they had adopted technology, they would have used a 3D scanner to tell a 3D printer to make me a new crown in minutes and without all the associated cost or drama.   Waiting 3 weeks for a lab to make me a permanent crown is the same time it took 35 years ago.  The technology is there, but the people are not. 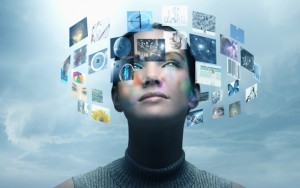 Unlike Expert Systems (robotics) replaced blue collar factory workers, AI will strike at the heart of advanced professionals.  Yes! And it will also obsolete many professions.  Today!  Now!  97+% of people experience health discomfort first consult Google.  Most often self-prescribe rather then seeing a doctor whose healthcare providers are trained to look for whats wrong and not whats right.  No surprise that younger generations will do anything to not see a doctor.

Many professions like law, healthcare and accounting rely on stored information for almost all of their decision tree.  When you involve an attorney, they refer to case law.  A doctor will often refer to information gained during their internship 25 years ago.  An accountant reads the IRS code and helps to make a decision, which they are not accountable for (always found this funny that accountants are no accountable).  Many professions rely on stored data to offer opinion.  AI and GAI engines can do the exact same thing in less than a blink of the eye.   It is plausible that these professions and many others will cease to exist and AI engines will replace them.   Someone recently asked me if I would trust and AI system with my life.  Yes was my resounding answer and the why is all but too clear.

I am trying to present a picture and suffice to say that any profession based on historical data will be made obsolete by AI…and so will the people that believe that it will not.

So What Do We Do?

Nothing, because you can’t.  We are already in it, the snake is out and politicians think they can control it by grilling techies on Capitol Hill.   Game over.  AI wins!

Will there be Wildcards

Guys like Elon Musk have created OpenAI and Neuralink to try and balance the onslaught of AI.  They might be wildcards, but odds are that AI will track the negativity and narcissism of society as it deep learns human behavior for the theoretical benefit of humans.  Then there is Facebook!

Although we do have a slim chance to win if we rely on our wisdom and intuition as humans.  However, intuition is merely predictions based on experience and random regression models.  Go is a game of intuition, so we might not have any cards left in this game.

In one sense, if society flipped overnight and began to treat each other with care, kindness and love, we would indeed train these deep learning AI engines goodness.  Do I believe that will happen?  As an eternal optimist I don’t think we have a chance

Only time will tell.  Maybe time to join Elon on Mars.  The only other thing is to confuse the shit out of the AI bots.  So lets get Capitol Hill involved.  That should do it.