In Search of Unobtainium

I have been involved with nanotechnology as a part of my work at Los Alamos National Labs for many years.  As a former Fortune 500 high tech CEO, engineer and scientist in Silicone Valley, I have never mixed well with politicians and government types.  In 2000, I did a “Futurists View” Pentagon briefing for brass and 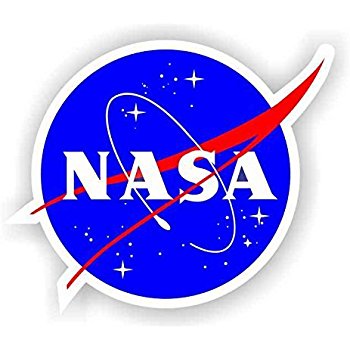 tech types on nanobots, mesh networks and AI (artificial intelligence).  The idea and presentation then was to use swarms of tiny flying robots that all communicated together to find intelligence information and report back.  Part of the discussion even included hunter bots using DNA based recognition.  Did I mention I do not get along with politicians and government types.  Especially ones that have no clue what you are talking about.

Fast forward 2018 and I am still trying to explain even smaller bots and how they can be used for communication and managing AI in remote locations.

So what does this have to do with the NASA logo?

Well, safe to say that I have been a fan of NASA scientists for as long as I can remember.  I truly believe that NASA has some of the greatest geniuses going.  All of JPL should be elevated to star status in my book.  Holy crap, I am starting to sound like a politician, so down to it.  right!

NASA should not be building rockets and NASA should be privatized to get it out of the hands of government anal-pores.  NASA science is brilliant and all of the budget should focus on developing science while leaving the exploration to private sectors.  Okay okay, you might say that SpaceX has not been around a long time, but the truth is that outside low-bid companies like Boeing, Northrup et al have been like pigs waiting at the feeding trough and ever took their own initiative to “go where no man has gone before.”  The system of chucking stuff into orbit is broken and continued funding of the $3 Billion per launch SLS is insane. 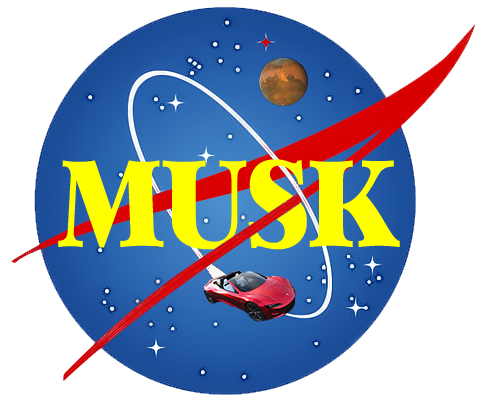 Okay, here is the funny part.  I am observing a Space Council meeting and a speaker talks about how great NASA is and that someone should design a 60 anniversary logo.  The Vice President droned and droned thanking and glad handing everyone and anyone.  Pointing his finger here and there, I lost consciousness.  My evil twin emerged and I began to doodle on my iPad as if I was taking notes.  Hiding my doodles, I started with the blue meatball and added the red swoosh.  I added some stars and colored one red.  Then I added Mars – -because that is where everyone is talking about going.  I always wondered why nothing was in that white orbit around the red swoosh.  NASA has become synonymous with watching paint dry, so I struggle for a four letter word that means innovative thinking because NASA just doesn’t cut it anymore.

Then it was off to the design computer to bring the new logo home.  Keeping the old for history and adding the new so that NASA could be a skip-generation provider again.  Oh, and that four letter word for innovation was all too obvious.

Time Waits for No One

It is said that the great magician Merlin gained the graces of King Arthur merely by moving the foundation of his castle from sand to bedrock.  Simply, it is finding the signal within all the noise.  Today, the signal to noise ratio is changing and in my humble opinion, there is a pony in this pile.

NASA was built on the shoulders of Werner Von Braun and team.  They were risk takers and put men on the moon in less than ten years.  Since then, NASA has succeeded not on rocketry, but on the science of exploration.  Today, building rockets should be left to the new age rocketeers.

We need a new NASA logo and a new NASA and its name should be changed to MUSK…that four letter word that means innovation.

Mr. Trump, it is time to privatize NASA

Yep, sounds like an opinion, but it is actually just about time!

NASA, grab your cheeks!  It is about to get very interesting…and please try, try, try to not get in the way!