CES this year had so many announcements about virtual and augmented reality.  Most were focused on goggles that can be worn to virtually walk into a CGI world.  There was so much focus at CES that the creation side of virtual and augmented reality were overshadowed.   There was way to much to report on and frankly, Flipboard, Gizmodo and others did a wonderful job at capturing all the new technology.  They did such a good job that even some augmented reality experts, including me, were lost in the details.  I knew this to be true when I was talking with a friend at ILM who asked me, “what was the big deal.”  I realized then that most people do not have a macro perspective of how important this is, so I decided to write this “Virtual Reality for Dummies” version.

So keep in mind, that when I left the warmth of Polaroid for the cold cruel world of California’s burgeoning digital productions, in the early 80’s, it was a jump from the real world of photography to the unreal.  When I started Angel Studios, we had an old DEC PDP 11 – 23+ computer linked to a SONY 1″ tape video recorder doing frame by frame animation that took 90 minutes a frame (45 hours of rendering for 1 second of video) and looked like stick figures compared to what can be done on a smartphone today.  In those days, there was no Mac yet and when I talked at conference like Digital Storage (Predecessor to TED Talks) they thought I was completely out of my mind when I said entire movies would be produced in CGI.  So we know I was not crazy lest we forget Star Wars VII and just about anything ILM does. 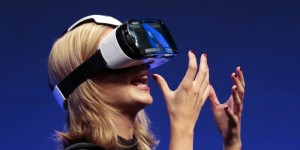 Keeping the above in perspective, this CES was the 3.5 pre-shock earthquake before the big one.  Again, friend think I am crazy and don’t get the impact of this new virtual reality.  So lets break it down into its simplest components.  The camera and the viewing of virtual reality tell the story.  Then let you imagination wander to where a movie you will go to in the next five years will have you standing inside the movie and when your head turns, looks up or looks down, you will move through the movie.  Yes, the movie will not only be 3D, but 360º viewing controlled by you.  It will no longer be the director that forces you to look at one viewpoint, but your decision.

Most of you that know me know that a short term plan for me is ten years.  I am forever afflicted with the future.  Most of what I see and talk about is generally thrown in the “he is full of shit” bucket.  Living with this for most of my life has taught me to give people simple examples.  So, at CES there was one slightly overlooked new product that will probably be the key that unlocks virtual reality forever loose on the world.   To boot, it was an announcement from the most premiere camera company on earth, Nikon! 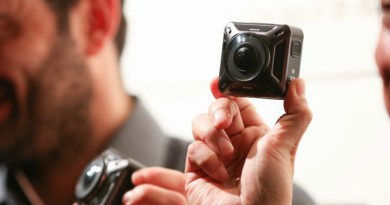 So here is the Nikon 360 camera.  Sporting two 180º lenses, it photographs in 4k UHDTV 60 frame per second video where stills can be extracted.   The camera is small, light and mountable using any number of human, machine and fixed mounts available to cameras of all types.  Imagine mounting this on your ski helmet and being able to shoot live video streamed to your favorite social media site where people can view on their smart phone and turn the smart phone to “look around” through the scene.  Okay, stop for a moment!  Yes, it shoots everything around, above and below you.

Now envision a NASCAR race or a Funny Car going down the track at over 300mph in a quarter mile and being able to turn your smart phone to look right or left or behind.  Imagine this being streamed live on YouTube or sent to you via a live feed while you watch from the grandstands. 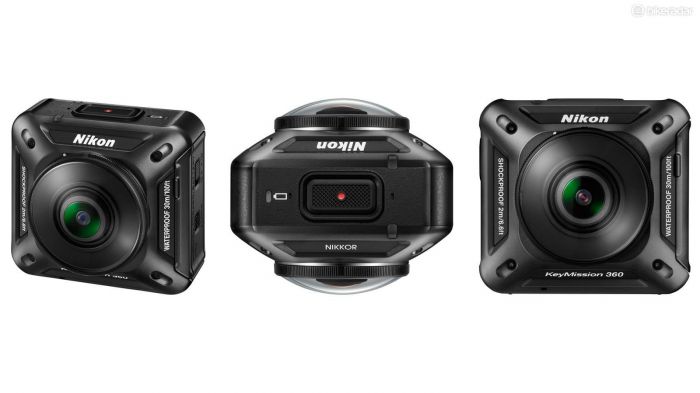 Below is a 360 video shot from the #2 seat of the slot plane for the US Navy precision flying team, The Blue Angels.

Watch this video and if your browser (chrome) supports it, you can take your mouse and scroll to turn the video right and left to see the view change.  This is cool unto itself, but nothing like experiencing the video from within the scene.  To do that, you must watch the video from a smart phone like an iPhone or Android.

Stand in the center of a room to watch the video.  When it starts, turn the smart phone by pivoting yourself at the waste to the east, then south and then west and you will notice that the accelerometer in your smart phone tells the video which way you want to look.  Now compare in your mind that what you are seeing below is what a movie is like today and the virtual reality video you are watching on your smart phone is the future of augmented reality.

Okay, there is nothing like sitting in the back seat of a Blue Angel jet!  Being able to virtually experience the visual of a 360º video come very close as compared to watching a smart phone video of the same experience.

The VR world is updating very quickly.  As the founding GoPro has seemingly missed the bus regarding the 360º surge, more and more companies are jumping on.  I will try to update the article as significant additions emerge.  This announcement is significant and noteworthy because it is the first embedded 360º camera into a helmet.  And no surprise that it is Bell. 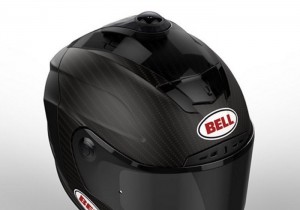 Helmet maker Bell has this week announced they have developed a new camera system with partner 360fly, to allow users of their helmets to easily capture 360 degree video footage.

The new Bell Helmet 360 camera will soon be available on ski, motorcycle, street and bicycle helmets and will feature a 4K Ultra HD camera which is also capable of shooting conventional 16 x 9 video.

The footage will be beamed to 360fly companion mobile application that will allow instant editing and content sharing to the most popular social networks such as YouTube and Facebook. Capture resolutions will be 2880 x 2880 at up to 30 FPS and the camera unit also includes a built-in GPS sensor to provide location tagging, altimeter and barometer. As well as an accelerometer powered by a Qualcomm Snapdragon 800 processor.