No, no, not Nordstrom’s! Chill Travelers eat at Nordy’s in Loveland Colorado for a true BBQ experience.

We were meeting with our bankers at an executive session in the bar of the Rib & Chop in Cheyenne.  Our conversation gravitated to food.  More specifically, BBQ.  Now the pulled pork at Rib & Chop is good, but it is not in the world-class category.  Carol offered that just down from Cheyenne was one of the best BBQ restaurants that she has ever been to.  The next day being “Faturday,” we decided to head down early before treking to Boulder for some designer shopping. 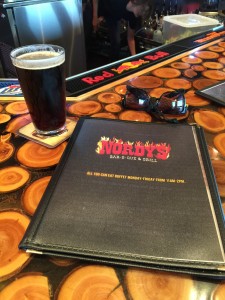 Nordy’s is just off the freeway 25 in Loveland Colorado.  It is near the Budweiser Center and is a themed large restaurant where the dining room and bar areas are nearly the same size.  Old Colorado western memorabilia is displayed on the walls intermixed with NASCAR racing car hoods, motorcycle racing suits, racing trophies and other car enthusiast signs.  Again, this is a purpose built modern facility that resembles a chain restaurant, but it is not.  It is very modern with a very friendly staff.

You guessed it, we walked in and sat in the bar at the bar.  Our bartender got each of us a beer that was handcrafted in Colorado.  She then grabbed a plate and set it in front of us.  She grabbed a squirt bottle marked Kansas BBQ sauce and wrote a “K” on the plate describing the taste profile as she wrote.  The next was a “T” for Texas, a “C” for Carolina, a “J” for Jalapeño and a “W” for a very hot BBQ version.  In front of us was the plate and our beers where we could taste the various sauces before our meals arrived. 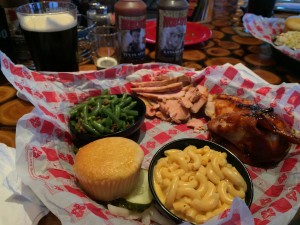 So we ordered based on our BBQ experiences and preferences. Wendy ordered smoked turkey and BBQ chicken plate with a Mac’n cheese and green beans side.  Not to bad for a Faturday and pretty Paleo.  Bob ordered the smoked chopped pork and a smoked sausage with a pasta coleslaw and baked beans sides.

The food arrived on a tray with a paper liner.  The meats were displayed on Texas toast and there were pickles and onions as add-ons.  The presentation was very complementary to the smell of smoked meats that match the smell outside the restaurant when we entered.

All of the food was very good and the portions were big, but not crazy big.  The turkey was flavorful, but a bit dry as was the chopped pork.  The sausage was world-class as was the chicken.  Normally, we do not get sides, but Carol raved about the pasta slaw and the baked beans, so we had to try them.  She was not kidding.  The pasta slaw was like a sweet Texas cole slaw with small macaroni added.  The baked beans were smoked with burnt ends and a sweet molasses sauce that also had bacon in it.

To top it off, there was a sweet corn muffin that was off the chart naughty.

Bob ended up eating everything and Wendy took home most of the half chicken they served.  None of the sides made it in the togo box.

I cannot say we were disappointed with the dryness of the turkey and pork because we mostly see this level of smoking for these two meats.  Norway’s pales slightly in comparison to Jim & Nick’s in Concord NC.  Their turkey and pork are unmatched anywhere to date.  Comparing the overall experience to other BBQ restaurants finds the…

We left more than satisfied and headed to Boulder to the 29th Street shopping area.  Lucky Jeans for Wendy was on the agenda and Bob hung out at the Apple Store across the way.

From there, we scooted back to Fort Collins for a Mary’s Mountain Cookie and a stop at New Belgium Brewery for a cold 1554.

A full day both literally and figuratively. 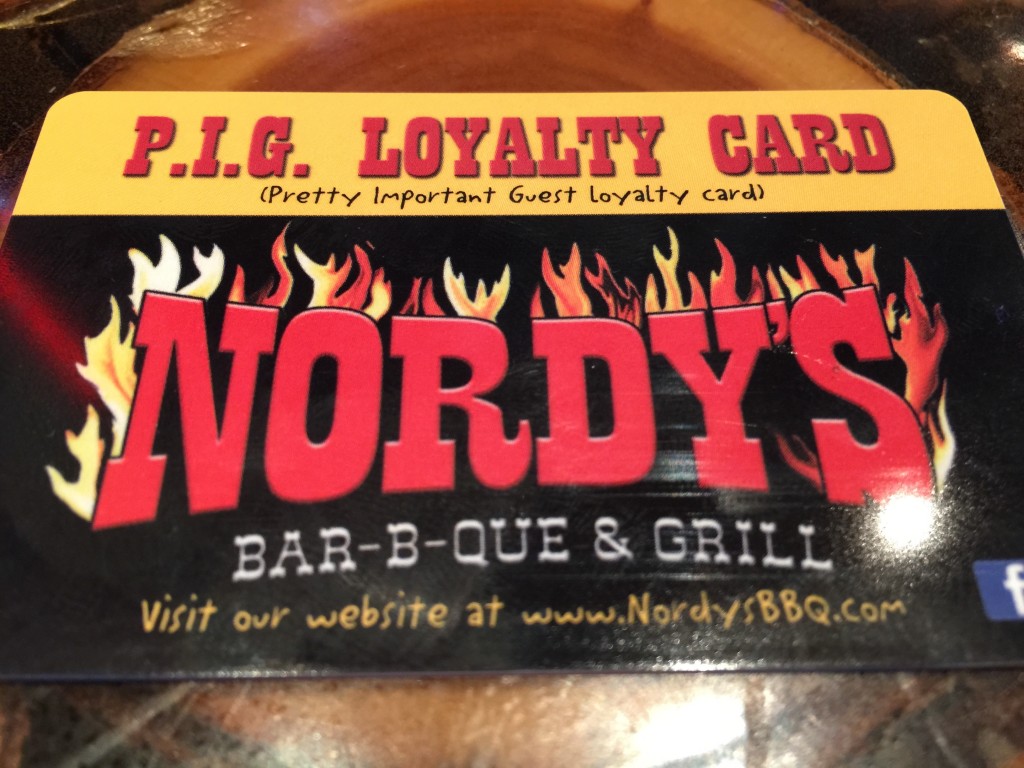