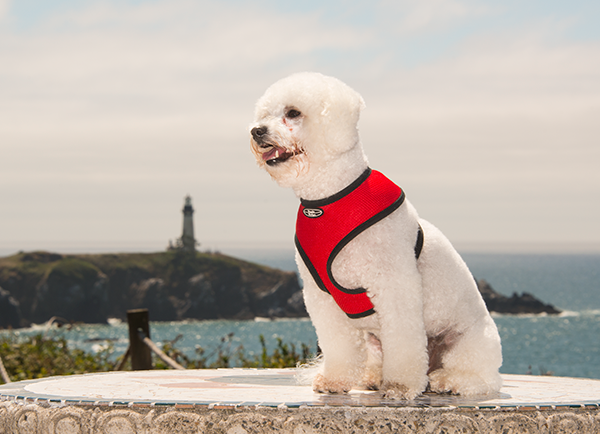 It is funny to me that most birthdays for pets and people usually begin with the phrase, “It just seems like yesterday.”  Well, it seems like a long time ago now that we were cruising west on Canada Highway 1 when we got the news from Texas that Spicey, Jasper’s mom, gave birth to two girls and a boy.  What that meant to us was the promise from Marlene and Myrna that if Spicey had a boy, that he was ours.

We were on the road near Jasper National Park and it seemed fitting to name him for the park.  Jasper is Arabic for “treasure” and he was that to us.  In Texas, Jasper has an entirely different meaning.  Some say that in Texas Jasper means a “dandy” and he is also that.

As I write this, we are sitting in Newport Oregon on a clear day and I am throwing Jasper’s favorite ball to him in between words.  He is by far one of the biggest fans of ball toss and it is only rivaled by his collection of sticks that he bring from the beach back to the coach after his walks down the hill to the ocean.  The ball tossing just stopped because Jasper’s sister, Isabel the cat, just decided to give him a birthday tackle and wrestling match. 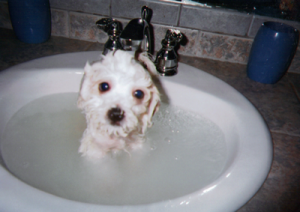 Twelve weeks later from his birth day, we were near Dallas to pick him up and meet for the first time.  You must read the story and watch the other videos about this guy to get the full flavor of his life on the road.

So we whisked him away from his family and introduced him to his alien sister and we began a trek to Malibu.  Three days and Jasper was house-trained.  Well, the truth is that he was immediately house-trained because it was a non-stop run to LA from Dallas.  This is where Jasper’s adventure began and none of us have looked back.

We figure that Jasper has been in thirty States with some a few times.  He clearly has some favorite places with Malibu, Zuma Beach, Disney’s Fort Wilderness, Newport Oregon and Santa Barbara topping the list.  Our guess is that his frequent traveler card now has 60,000 miles emblazoned on it. 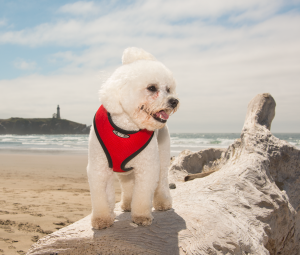 Jasper’s Bichon lineage is regal with many champion show dogs in his line.  JR, his great grand father won Westminster.  Many other ribbons and awards fall in his line.  To us, though, Jasper is a loving fun adventure dog.  He walks in the rain the same as if it were sunny.  Cold does not bother him as long as he is with us.  Most remarkable is how much of a beach and water dog he is.  All Wendy has to say is, “do you want to get in the pool” (tide pools) and Jasper is at the door barking.  Then with his pink beach ball in his mouth, he makes a beeline for the path to the ocean.  He runs and runs chasing the ball and cools himself by wading neck high into the Pacific tide pools on our beach.

This past year for Jasper was a real turning point when it comes to strangers.  It seems that sometime when we were at Disney’s Fort Wilderness that Jasper discovered that people were worth a second glance.  Prior to this, he was pretty standoffish to people.  Something clicked though and he decided that people were fun to meet and get to know.  He still has to smell them and is guarded, but he really warms to certain people quickly.   His best friend is still his sister Isabel, but he does have quite a few dog friends that he likes to visit with and play.

So, it is Jasper’s third birthday and following our rules that you celebrate one day for every year of life, we are at the beginning of three days of fun with Jasper.  One of his favorite things is to ride in the car and experience new places.  So, we will be traveling the coast and will take some more pictures of his three day celebration.

All of these birthday pictures were shot at our place in Oregon. 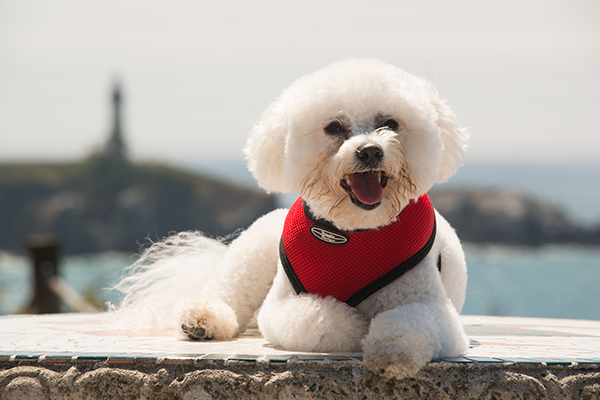 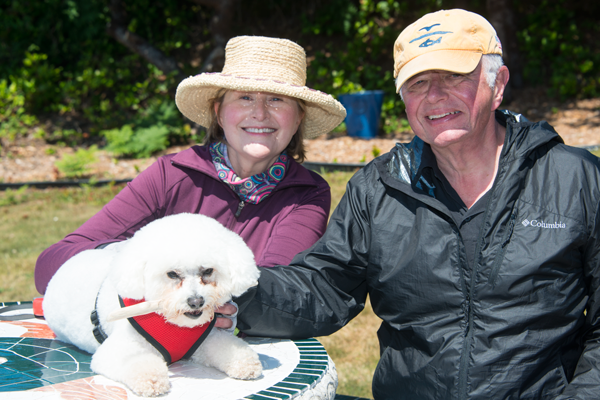