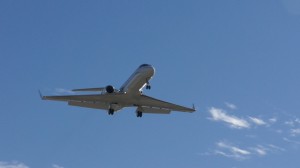 Many people say that we live an idyllic lifestyle.  What we know for sure is that it is by design and has to be a work in process to maintain the freedom, liberty and adventure.  Living 365 on the road in some fairly exotic places would seem like a plan for two retired people.  The fact is that we are not retired and work seven days a week on Keys.  Our seven day work habit is punctuated by many adventures as we have learned a long time ago the art of disengagement.   The fact remains that these exotic locations all have wonderful internet connections or our onboard systems compensate for beautiful areas that are not so well connected.  Our business revolves around our connectivity to our customers, sales team and the factory.

Our lead article is a spinoff of George Clooney’s movie “Up In The Air.”  Our lives were full of adventure and unfortunately separate until we met.  After a year of meeting around the world, sharing now the life in the air, we decided to chuck our corporate careers and move to San Diego.  In our book, “Defining Moments,” we described our lifestyle living on a motor yacht in San Diego.  Wendy’s mom told her friends that her daughter lived on an MGM movie set.  In fact, we lived at the marina at one of San Diego’s most exclusive hotels on Harbor Island.

We have told our story to many.  Almost all have said that they would have loved to have just seen the experience we described.  Some did, but none saw it all or experienced what it was like for us.

As it was portrayed in our book, Wendy arrived in San Diego after quitting Coca Cola as I also had ‘jumped ship’ in Silicon Valley leaving the stress to the likes of Steve Jobs and Larry Ellison.  They got the money and I got the girl.  I won! 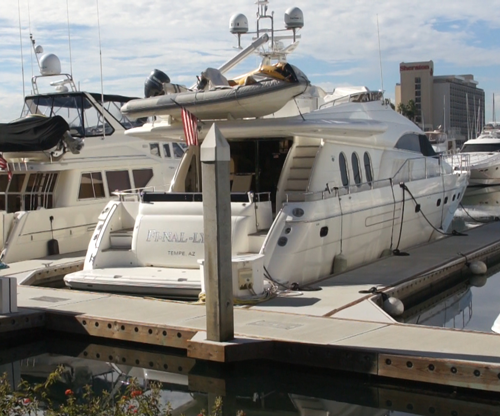 As we settled into our life on the “Dream Warrior,” it was by far even more idyllic than I could have ever imagined.  Our alarm clock was the first American Airlines flight to San Jose that I took every Monday morning.  The difference, I was no longer on that flight but in the arms of my sweetie.  We were still working consulting and my Black Platinum status with American was still active as it ever was with Wendy quickly gaining Gold and on her way to Platinum Advantage.  Traveling the world for business was both exotic and suited us very well.  Wendy loves to tell the story of teasing Terry Bradshaw on a flight to San Diego from Dallas.  Wendy acting like she did not know who her seatmate was unnerved him and delighted him as well.  A few seats away, I just had to laugh.  Things were wonderful.

When we left “Dream Warrior” for dry land and moved to Point Loma with a view from La Jolla to the Mexican Islands, it was both a sad and emotional experience for both of us.  Especially me. 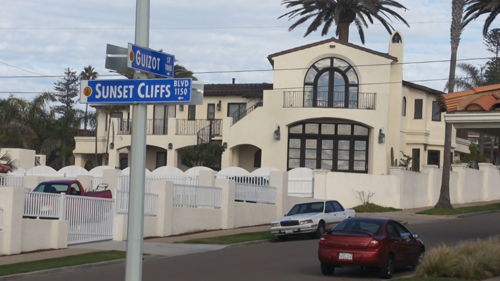 It is hard for me to live in the present.  I am and have always been a dreamer looking toward the future.  Yet, I struggled with the change from the boat to Ocean Beach and our Guizot street home that overlooked Sunset Cliffs.  My systems nearly shut down as we decided to move east for our business.  Something this Californian could never imagine.  A move from the land of imagination to the land of retrograde was beyond belief.  At every opportunity, I would return to San Diego visiting our marina, the street of our home together and checking out to make sure it was still 1969 in Ocean Beach.  Wendy and I made several trips for business and always did the same thing returning to our old haunts, but realizing that things had changed and also realizing that we could never go back.  It was after all, a fond dream of once was.  Still, our San Diego lifestyle haunted me until I learned to let it go!

You see, it was not just San Diego, but this new life with this wonderful person that completed my life that was the real deal.  Yes, it was living on the boat, living on Harbor Island and living the jet-a-way lifestyle that was so marvelous that it was, is and remains hard to describe.  What remains impossible to describe was the extreme happiness that Wendy brought me.  Just hearing her voice 3,000 miles away was electrifying.  When we were able to be together it was life gone to an impossible place where every moment was bliss.

Wendy calls that time in everyone’s life when they find true love as a time that is “Shiny Bright.”  Truly as we have grown in our business and our new lifestyle we have worked hard to retain that shinny bright feeling.  Even in our business, our travel 365 days a year and being eccentric  from “The Norm,” we work at maintaining that feeling.  Still, I struggled until I realized that it was the combination of who we are, where we are and where we are going that is the “New Adventure,” that I was able to Let It Go!

When you find that right person, it is important to never tie it to a place, a time or things!  Shiny Bright is not work or something to be held in memories, but moreover something that you maintain.  My mistake was tying it to San Diego, the Dream Warrior and Sunset Cliffs.  Until I let it go, I lived in a place in the past where thing were wonderful, but not any more wonderful than today.  These places were just a stopping waypoint for two time travelers who aim to lighten the load as we move on.

So, what is the point? 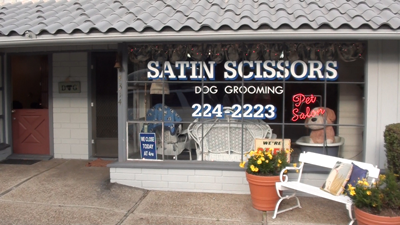 Well, we were in Borrego Springs and Jasper pup needed a haircut.  We convinced ourselves that a trek over the Laguna Mountains was worth it for him to get a proper haircut by Disney’s longtime groomer Sal at Satin Scissors in San Diego’s Ocean Beach.  It would also be the opportunity for us to retrace our steps chronicling our lifestyle there, not in words, but on video.

So below is our video journal of what it was like for us in San Diego living on the Dream  Warrior and on Sunset Cliffs.   A few minutes of time to show the culmination of 40 years searching for each other and finding that person that made us whole.

The title of the song from one of our favorite Chill music groups, Tripswitch, is “Roll Your Own.”  One of the recurring choruses is “Let It Go!”  We highly recommend a lifestyle living by both the title and the chorus.  Roll your own to us means taking charge for what happens in your life and let it go is something that we should all do with things, possessions and living in the past!

For me, I am now back in the future where I belong!

Enjoy our San Diego  lives in just a few minutes!  You will undoubtedly see, hear and feel why it was hard to let it go.

Get the Flash Player to see this content.
Send To A Friend