Travel is fun and glamorous and all, but we all know what packing your rucksack and heading for the Amazon is really about: Making your friends and family a deep shade of jealous green. Polarsteps just raised a seed round to continue developing its automated travel blogging app, to make the jealousy-machine run just that tiny bit smoother.

As you travel, your travel log starts taking shape.

The Amsterdam-based company raised a modest €500,000 ($563k) in seed funding from Silver Point Ventures and TMG last week. The funds will be used to bring its iOS app (currently in public beta) to feature-completion, and to launch an Android version.

The concept is simple: Schedule the times you’re traveling and your app does the rest. It checks your location from time to time, and publishes its findings to a webpage so your friends and family can follow along with your globetrotting. As you add photographs and locations, your travel log populates itself. The prototype for the app was tested on an epic motorcycle road trip from Amsterdam to Cape Town. The resulting travel log is impressive, and is the source of a severe case of itchy feet in your correspondent.

Polarsteps is optimized for travel, which means that you don’t need data roaming or cell coverage to let the app do its thing: GPS works independently of mobile reception and the app synchronizes its data whenever you hit a pocket of cell reception — or when you log in to the Wi-Fi at the hotel at the end of a long, dusty day of travel.

“The app is currently in public beta, and everyone can use it,” says Koen Droste, the company’s co-founder. He clarifies that the Beta label reflects that the app currently has a limited feature-set and that it signals

Looks Similar To Our SeeLevel Product

SeeLevel was an idea that my friend Guy VanBuskirk and I had 10 years ago…bringing meaning to the adage, “All in good time?”

Once in a while there is a technology idea that is cool, practical and full of potential.  The people at Polarsteps in the Netherlands are just one such company that has implemented something very simple and very useful today and for the future.  Technology for the sake of technology is useless unless it solves the problems of people or makes them feel good.  Polarsteps is one such technology that will evolve into something really big.

There are many things that my friend Guy VanBuskirk an I have in common.  One thing for sure is that we are always ahead of our time when it comes to ideas.  For example, I was once told by a boss that success is 1% inspiration and 99% perspiration when he was belittling an idea I had that was obviously more than a couple of years out.  I quickly suggested that mediocre thinking was a couple of years out, but skip-generation had to be at least 10 years out to gain an unfair business advantage.  “Leave the ideas to me and you do the sweating!” I said!

I used to think that anything that I thought of was at least five years away.  Maybe when Guy and I work on projects, we add years instead of subtracting.  The idea we had as ten years ago and is just now emerging to the point where venture capitalists are “getting it.”  Better said, they are seeing a two year horizon for profit and return for these ideas born many years ago.

Guy and I are often afflicted with the future.  As many of you know, we are both veterans of Silicone Valley technology companies.  Both of us started early in the valley doing different things, but it was hard not to see the future there because the dreams of entrepreneurs were in tiltup buildings around every corner.  We decided a few years ago to try something way out there and spent a few months together working on something called SeeLevel.  And yes, you are correct that this morphed into a chronicle of Wendy’s and my adventures.  For Guy, it morphed into some really cool things that his company is doing today.  The reality was that SeeLevel was too far ahead of cellphone technology, cell based internet and was conceived three years before the first iPhone was released (June 2007)  Wendy, in fact, drug Guy and I to the premiere of the movie (April 2004), “What the Bleep,” because she  knew that what were were up to 10 years ago was a big idea.

In truth, Guy and I enjoy thinking about what can be often waiting for someone else to implement something similar.  There is satisfaction in seeing your idea come to life even though the only influence we had on Polarsteps was that ours was a similar idea to their new smartphone app.  No communication what so ever.  Well maybe telepathic.

Getting down to it, a decade ago, Guy and I came up with an idea that was partially implemented by Google this year and, now, a Dutch company named Polarsteps.  The idea we had was that people traveling around the world would be tracked with a mapping software guided by GPS.  As people traveled, they would receive advertisements sponsored by local merchants and for free, we would let municipalities, chambers of commerce and cities load in historical sites, points of interest and anything they felt like sharing.  Our revenue would come from the advertisers offering discount coupons and incentives to the cell phones of people near their busineses.  Google Maps recently release a feature where you can see what businesses are near you and click to find the place or see what they have to offer.  Sounds like our idea? Well SeeLevel’s core idea was much deeper, because we believed that there needs to be a personalization and “push” function where a persons profile built a model of their lifestyle and as they pass through town, cities and interesting places, information targeted at their profile only would be shared.  Couples and families could have shared profiles as well as individual profiles for their own interests.

I would be lying if I did not say that I miss the lifestyle of Silicone Valley for one thing and one thing only!  The energy there and the entrepreneurism is contagious.  Even now with all the rainbow and unicorn startups in the valley, it is still a cool place to be and a hotbed of ideas.  Often though, the ideas are too microscopic with inventing companies buildings adorned with banners saying “Hooray for our technology,” when in fact, the banner secretly adds to the banners, “now what do we do with it.”  These technologies often lay dormant for years because no one knows what to do with them.  This morning I was reading a Silicone Valley magazine, TechCrunch and read this story.  This is a real technology with hundreds of things you can do with it right now.  No unicorns or rainbows!

Ten years ago as fast as SeeLevel started, it ended a quickly because, Guy and I realized that we were way ahead of ourselves and the technology. 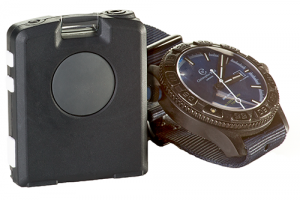 Guy now lives in Austin and commutes to his company in Dallas via his private airplane.  Guy is now implementing the SeeLevel idea in a much narrower way targeting push technology communication in big retailers like Lowes, Home Depot and Cabbalas type stores.  His company, Theatro is pushing the edge of push technology (pun intended).  Theatro is a Dallas-based technology startup pioneering the market’s first voice-controlled enterprise wearable for brick and mortar retail, hospitality, and manufacturing. Their “heads up, hands free” mobile solution provides a software suite of productivity and communication applications through a SaaS (Software as a Service) offering designed to optimize employee, sales, and operational performance.  For you geek friends, check them out.

SeeLevel Was Not Lost On Keys Either

I  did not let everything we learned at SeeLevel go to waste either.  2016 marked the year that our company, Keys, went 100% cloud-based for all of our sales, operations and finances.  Everything!  Much of what we learned trying to start SeeLevel contributed to this unique cloud based centralization.  Today, 100% of our product development through to production can be and is controlled from iPhones, iPad’s and simple communication devices.  From depositing checks by photographing them with the iPhone to complex formulation experiments typically done in a lab filling beakers with ingredients is totally done using cloud based computing.

Damned They Did Our Idea

Not really, but it is close and will undoubtedly unfold more in the direction of our dream of 10 years ago.  I signed up this morning as a member of Polarsteps, because, it is perfect for my virtual nomadic lifestyle.  I encourage all of you to check into Polarsteps.  This is a must have app that will undoubtedly be a monster in the future…in less than 10 years that is!

Postscript:   This morning when I saw the article about Polarsteps, I immediately emailed Guy the article.  I quickly got the response back below which says it all:

This is what we (Theatro) do for sales associates in stores.  Not as much fun as the great outdoors, but it’s interesting to see where they spend time and what types of things they say into the system from where they are.  Your idea of pushing notifications about cool sites to see while passing by is still a great idea.  We’ll push tasks to associates while passing by locations soon. SeeLevel lives!

–Guy
A last bit of irony, is that this new company from the Netherlands was the country of our logo design created by Teunis Tel (Groningen NL).  A brilliant designer and inventor in his own, Teunis created our logo  ten years ago.  Still pretty cool, right Guy?  Thanks again Teunis!!!

Video Copilot – Get One Now!

This is a story of how my video copilot saved me a lot of grief and a $1000. The message is get one for yourself and use it. […]

We upgraded to new LED cabinet lights on our last trip to our motor coach manufacturer. It was an expensive project, so we did not do every cabinet and closet. What i later found was a remarkable LED strip light that is rechargeable and has a motion sensor. Let there be light. Even in the freezer. […]